Long and Short Reviews is pleased to welcome Sue Perkins, author of Dragon Flame--which has just been released by Desert Breeze Publishing.

This is a story Sue originally wrote a while back, but put to one side.

"It has changed several times since the original and is now a Young Adult romance," she told me. "I had great fun creating the dragon society and how they interacted with the humans. In fact I enjoyed it so much I've written a sequel."

I asked her to tell us a little bit about the book.

Eighteen year old Talei is the eldest teenager left after dragons burn the settlement to the ground. She leads the younger children to the next settlement and arrives in time to see it attacked by the dragons. Eventually she meets Adri and they set out to the dragon continent to find the dragon home and save the human settlers.

She's in the editing and re-writing stage of the sequel, Dragon Clans, and hopes to have it finished in a few weeks. It's the story of a rogue clan of dragons who save Sie, a young girl, from the raging sea. Sie becomes one of the clan and helps them defend themselves against the other clans.

Sue originally began writing YA books because her son couldn't find anything to read in the library by the time he was eleven.

"He eventually read Lord of the Rings as nothing else took his fancy. I realized then there was a lack of books for his age group," she explained. "Of course that was many years ago, but I still think there's a need to write books for the tweens and teens that are fantasy or a story they can relate with."

Sue told me that her latest books are always her favorite, so currently Dragon Flame and Reva's Quest are her favorites. Reva's Quest is a Middle Grade book put out by Muse It Up Publishing.

Not only does Sue write fantasy, it's also her favorite genre to read. Her favorites as a teenager herself were David Eddings Belgariad and Mallorean series. Her favorite authors are still fantasy writers. Anne McCaffrey, Terry Pratchett and Naomi Novik.

"Terry Pratchett is so clever. He writes fantasy with such humor. I wish I could write so well. I have all his books," she told me. "Naomi Novik's Temeraire series is about dragons so that drew me from the first. She has a unique way of weaving dragons into British history. Anne McCaffrey's Dragons of Pern series is brilliant too. Unfortunately she died recently so we'll have to wait and see what her son Todd's books are like. He's taken over the series apparently."

"What are you reading now?" I asked.

"Ooh, what to answer? I tend to have books etc. scattered all over the house. At the moment my bedtime book is Awakening by William Horwood. I loved his Duncton Wood series and the Hyddenworld series has started very well. Apart from that I have several unread books on my Sony e-reader and my iPad."

She also prefers fantasy in her television viewing habits. She told me her favorite show is Dr. Who.

"I've watched them since the second series and love the way they keep up with modern technology," she said. "Another favorite is Who Wants to be a Millionaire. I try to see how many questions I can answer."

"Until recently I would have said print, but I sat and had a good think about my writing recently. I believe print book publishers tend to be a bit stuck in a rut, but e-book publishers are willing to take a chance on new writers and new genres such as steampunk. I have made the decision to concentrate fully on e-books and build my name in association with that format."

Even though Sue no longer has teenagers in her home, she still manages to keep abreast of kids' likes and dislikes through the children and grandchildren of her friends. Her own grandchild just started school, so he can't help her much. She believes, though, the YA field will just continue to grow as more and more books are released electronically.

"The YAs seem to be glued to their phones and, with Smartphones and e-book readers, I believe they will take to reading more," she explained.

Things have changed a lot for teenagers since she was one, she told me. One thing in particular is she sees a lot more danger outside the home.

"As a teen I didn't think twice about being out on my own after dark," she said. "I would catch the bus home from my friend's house at about 10pm and walk a ten minute walk from the bus stop to my home. I certainly wouldn't do that today, or let a teenager in my care do this on their own."

On a more personal note, I asked her to share with us the scariest moment of her life.

"We had gone to live in Kuwait for two years (before the first Gulf War). My children were playing in one room while I was tidying up in another, bending down between two beds. There was an almighty crash and my immediate thought was - what have those kids done now? I straightened up and there was a dagger of glass sticking out of the wall at neck height. We found out later the Embassy across the road had been attacked by suicide bombers. Luckily all of my family was all right but it was very scary for all of us."

If she were to be stranded on a desert island and could only have five modern conveniences with her, they would be her laptop with solar charging; a coffee machine with plenty of coffee; a water distiller for fresh water; portable TV complete with satellite dish; and a global cell phone, which of course she wouldn't use until she got bored or had finished writing her best seller. 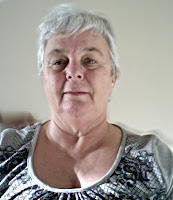 About the Author: Born and brought up in England, I visited to many exotic places with my husband, as his job required him to travel a lot. The Middle East, the Maldives, Gibraltar, Singapore, India, Japan, United States, Canada I’ve visited small parts of all of these countries. I’ve even been through the Suez Canal just after the Middle East war and found this a fascinating experience. Plus I lived in Kuwait for two years just as the troubles were starting.

My writing is enriched by these experiences. We eventually settled in New Zealand and have lived here for over twenty years and brought up our children in this country. Of course children are always contrary and now they are adults they have returned to England, but we still love it here. Two of my romance books are set in this wonderful country I call home, with another set in wartime England.

Three days a week I work as a graphic artist and the other four days I have to fit in writing, housework, shopping, laundry and anything else that needs doing. Who says an author lives a life of luxury? Obviously someone who's never written a book.

Keep up with Sue at www.SuePerkinsAuthor.com and http://sueperkinsauthor.blogspot.com.
Posted by Long and Short Reviews at 4:00 AM 3 comments 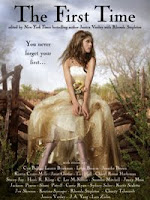